Genetically Variant Peptides (GVPs) are a type of single amino acid polymorphism (SAP) found in protein. In short, nonsynonymous single nucleotide polymorphisms (nsSNPs) change the genetic codon in such a way that a new amino acid is found in the translated protein sequence. This SAP can be associated with a SNP which is inherited genetically and is present in at least 1% of the global population. If the SAP is inherited genetically, it is classified as a GVP and can be used to infer genotypes, estimate random match probability, and characterize population of origin. 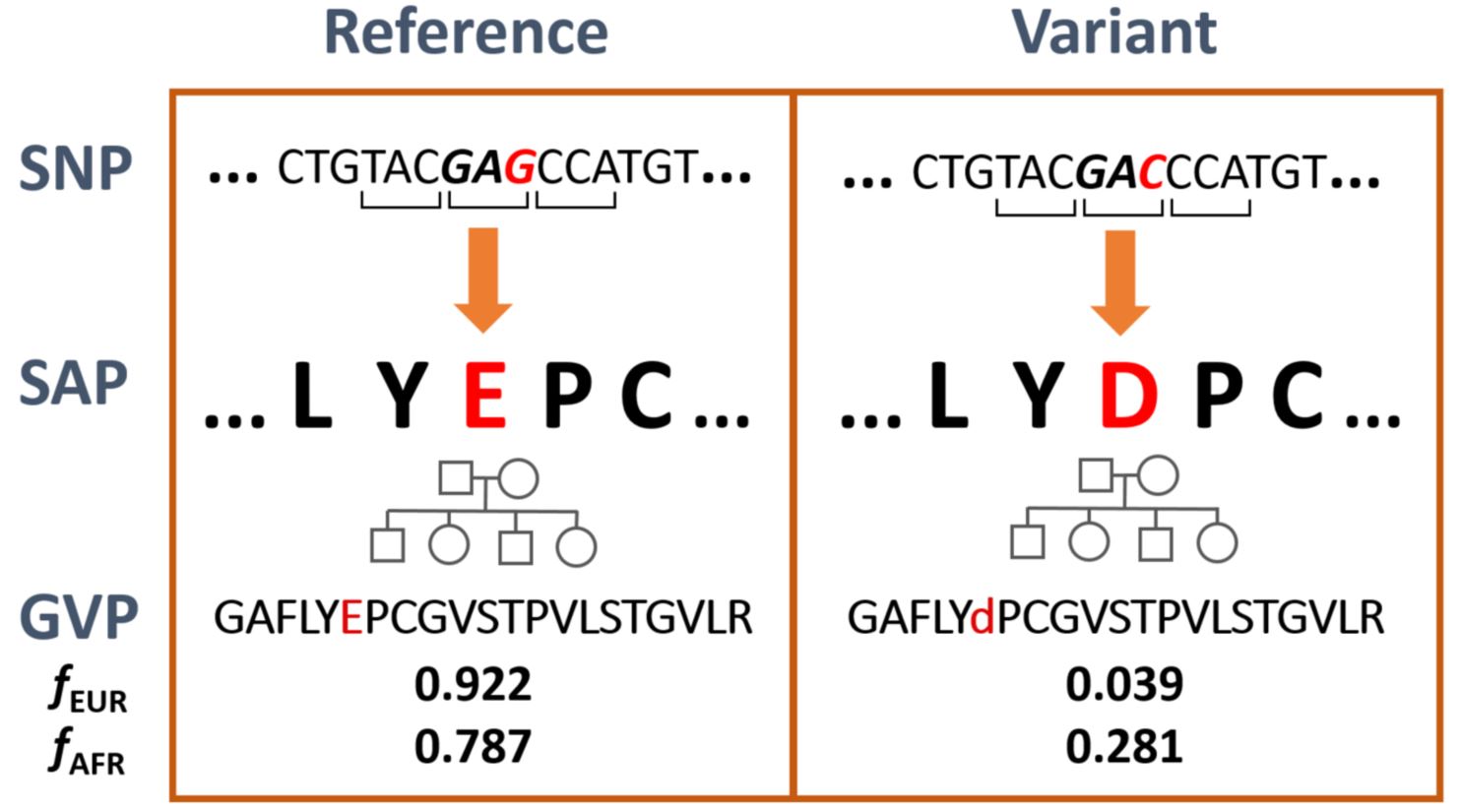 Our lab is interested in the discovery and classification of GVPs in various tissues such as hair, skin, bone, and spermatozoa.